If you haven’t read Part I and Part II it’s not necessarily a bad thing since we will make abstraction of those. Just think about OTS as a public key/private key pair that you can only use once to sign a message.

One way of reducing the storage amount, secret-key wise, is to use a seed in a pseudo-random number generator to generate all the secret keys. This way you don’t need to store any secret-key, only the seed.

But still, the public key is way too large to be practical.

To link all of these OTS public keys to one main public keys, there is one very easy way, it’s to use a Merkle tree. A solution invented by Merkle in 1979 but published a decade later because of some uninteresting editorial problems.

Here’s a very simple definition: a Merkle tree is a basic binary tree where every node is a hash of its childs, the root is our public key and the leaves are the hashes of our OTS public keys. Here’s a drawing because one picture is clearer than a thousand words: 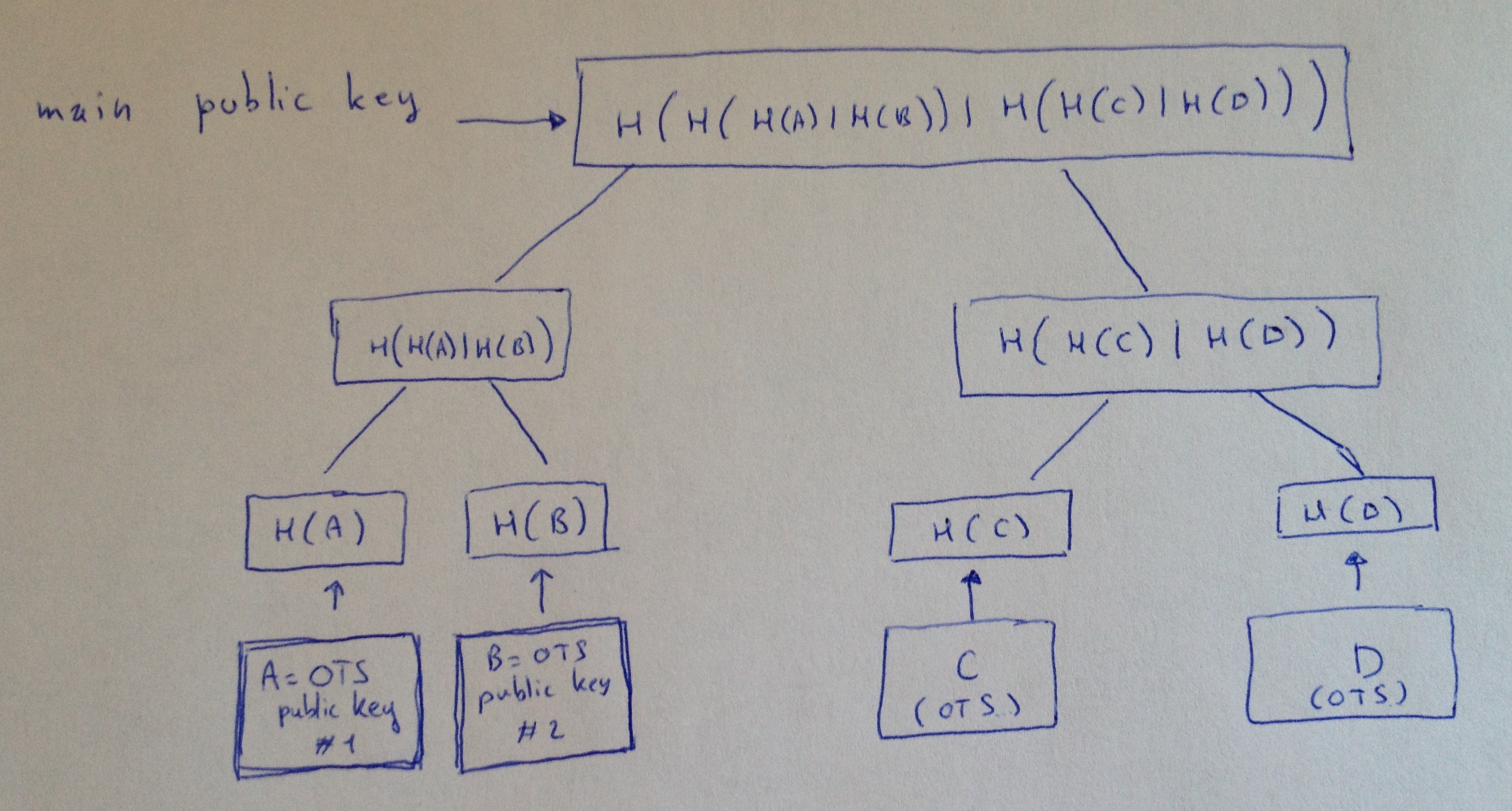 The attractive idea here is that your public key only consist of the root of the tree, and every time you sign something your signature consists of only a few hashes: the authentication path.

In our example, a signature with the first OTS key (A) would be: (1, signature, public key A, authentication path) 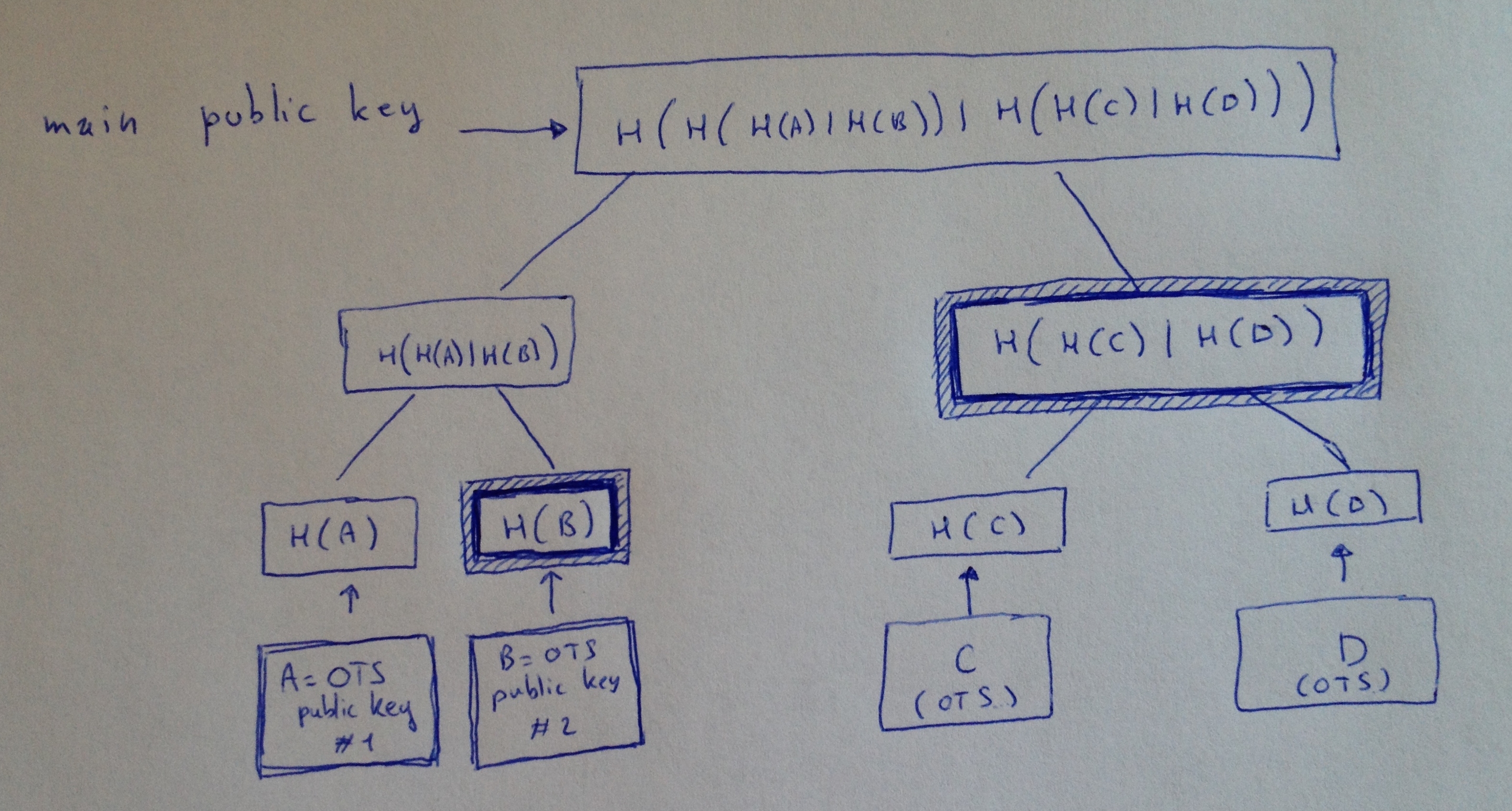 We can see that with our OTS public key, and our two hashes (the neighbor nodes of all the nodes in the path from our signing leaf to the root) we can compute the main public key. And thus we can verify that this was indeed a signature that originated from that main public key.

Thanks to this technique we don’t to know all of the OTS public keys to verify that main public key. This saves space and computation.